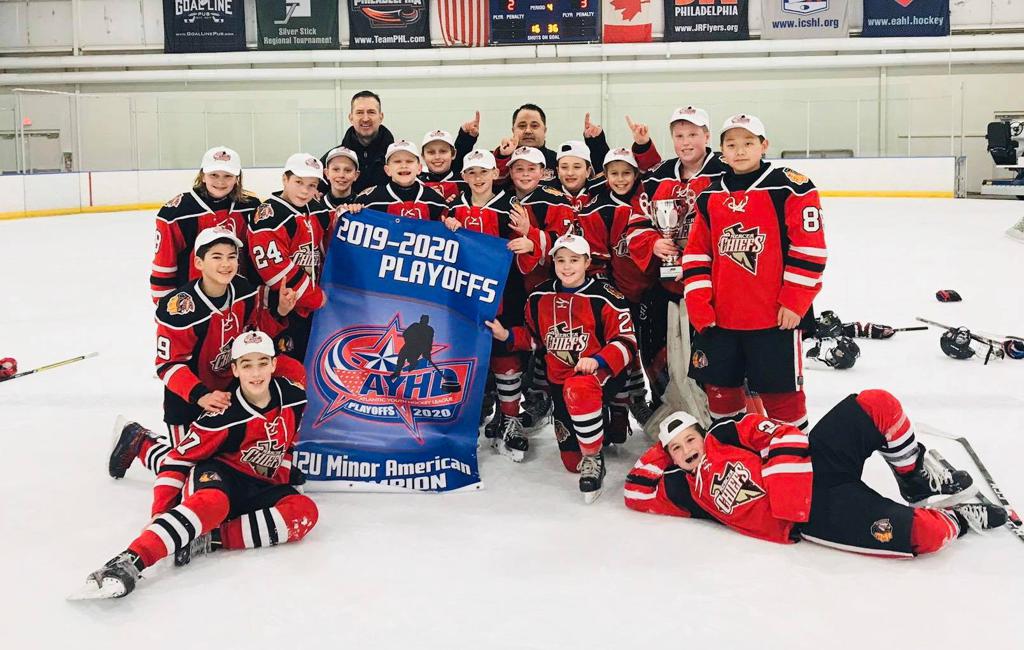 The 2020 Phantoms futures camp offers 2005-2008 birth years both a competitive and educational experience surrounding the USHL, the path to college hockey and gives prospects a chance to showcase their abilities in front of the Phantoms' coaching and scouting staff and special guest NCAA coaches. Experience high-intensity practices run by Coach Patterson and understand what USHL scouts look for in prospects.

Mercer Chiefs have a few spots available for the 2020/21 season, but they won’t last! If interested, contact the coach associated with your birth year!

All Chiefs letters have gone out. Make sure to check those emails! If you have NOT heard, please email rob@ice-land.com.

For those Chiefs who need new jerseys, payment info is below. You should have been emailed a form for uniforms as well. If you did NOT, please let us know! Jerseys need to be ordered ASAP!

Make sure to include all necessary info when sending payments!

Congratulations Chiefs! We are looking forward to an amazing season to come!

Updated information for the 2020/21 Tryouts!

Considering the pandemic, it has been decided to have tier one clubs sign players to contracts on June 1, 2020. The Mercer Chief coaches have been meeting remotely for the last few weeks and we will continue to meet a few times each week deciding who to sign based on previous play, word of mouth, past experiences, etc. We take this very seriously – both the endeavor to pick the “best and right” player for each team, but to also communicate to ALL players early on in the process, so they can look at other options if needed.

If you are interested in playing for the Mercer Chiefs (returning or new), please contact the Head Coach below of your birth year:

The goal of the Mercer Chiefs is to be the most successful youth hockey organization in the country. Winning is not the only, or even the most important benchmark in measuring success. We believe winning at all costs at the youth hockey level is not winning and is quite frankly, usually just for a coach’s ego.

Success means developing our players to be the best they can be, both on the ice and off the ice. Preparing and playing to win is important. That said, development takes precedent over everything. When we win, we win the right way. The players are not pawns in youth hockey and every player matters; yes, even in tier one hockey. Playing a kid more often than others at the Mite, Squirt and Peewee levels to win a hockey game, sets back every player’s development. We want to be an organization that wins at the highest levels, but wins the right way and has the proper perspective on what is truly important in youth hockey – and that is individual development and learning how to be a great teammate and all around hockey player. And yes, we want the players to love this great game and love coming to the rink each and every practice, off-ice session and game!

When the players get to the Bantam and Midget level things change a bit – having a coach who is an EFFECTIVE ADVOCATE for them is not only vitally important, but imperative to their future hockey goals. On top of that, the off-ice component is especially important. The Chiefs have brought in Joe DeMarco to be the full-time off-ice coordinator for the Midget program. Joe is dedicated to this and in each and every one of them. He dedicates his time and passion to bettering our athletes physically and mentally. Also, we believe in our developmental model and we will look to make the flow from Mites to Midgets to Juniors efficiently. We do NOT need to look to build new teams from scratch at the Midget level because we will already have good players that we have developed from the "ground" up.

We do not only have a pipeline on paper with the Black Bears and Phantoms, but we send players there all the time. The communication between the Chiefs and the coaches is constant and the connection and pipeline is REAL. Midget players skate with Youngstown and/or Maryland consistently throughout the season. Last year we had 12 players skate with Youngstown and/or Maryland during the season. This season we should have at least four players play for the Black Bears full-time.

Good luck to everyone for ‘tryouts’ this year. It certainly won’t be easy for any of us involved!

Seeking Billet Families for the 2020/21 Season!

What is a billet family you might ask? An exceptional young player who lives outside the area and wants to come play for the Chiefs. Enter the billet family. Billet families provide a caring, supportive, family environment to be the home away from home for each of our players. Billeting can be a very exciting and rewarding experience for those willing to open up their homes to our hockey players.

The player pays the billet family for their ‘room and board.’ While financial compensation is part of being a billet family, the real rewards are found in the relationships that are made with these players. Often times, lifelong bonds that cannot be broken and the player becomes part of your family! Providing a home and family atmosphere to these kids who are away from their own families, as they pursue their dreams, is very special. These players have all been vetted and are special young men. You are not responsible for driving them to or from the rink or for paying for any of their activities. They will keep busy with both on and off ice activities as they are very serious about looking to move on to play college and professional hockey one day.

Join the billeting world and host one of our Chiefs players this year! We have many players coming from a few different states and we need you!

Major congratulations go out to Mercer Chiefs player Mike Sullo for being drafted into the USHL draft by the Youngstown Phantoms! ‘Mike is a terrific young man and a very special hockey player! He has a tremendous work ethic, as strong as anyone I have coached,’ said Rob Broderick of the Chiefs. ‘Mike is a hard working kid. Very coachable. Great speed and can put the puck in the net. He is a great kid from a great family,’ said Coach Barcless. We look forward to seeing all the great things that are coming Mike's way.  Congratulations  Mike!

The Mercer Chiefs are excited to announce that we have hired Art Femenella as the Defensive Coach for the Mercer Chiefs U16 and U18 teams! Coach Rob Broderick said, ‘Art coached with me a few years back and is one of the good ones! He will not only bring his expertise to the teams, but he will help these kids in so many different ways, especially our defensemen.’ Art was a draft choice of the Tampa Bay Lightning in the NHL, he played four years at the University of Vermont, he was a NDTP guy and a defenseman for the Sioux City Musketeers in USHL. We are lucky to bring him onto our staff!

The AAA program offers a professionally developed training program geared towards the elite, tier one players. The players will be in one of four groups - U15, U16, U18 and/or U20 for Showcases.  Emphasis is placed on player development and skill development.  The program offers the following for players at most levels:

Our focus is on complete player development and exposure for this important time in a player’s path to college/pro hockey. Our program is tailored for individual player skill, strength and mental development in a team environment.  It is called the off-season for a reason. Our goal is to make sure every athlete leaves the off-season a significantly better hockey player, with a better plan for the following season.

Click here for more information on the Summer Hockey Academy!

A huge congratulations goes out to three of our Mercer Chiefs, Mike Citera, Damian Carfagna and TJ Semptimphelter, for being selected to the USA National Camp! From 80 players, only 6 forwards, 4 defenseman and 1 goalie were chosen!

The USA 17 National Camp is in Buffalo, June 25th - July 1st from the Atlantic District. “This is a testament to Mike, Damian and TJ. Not only to their talent but also to their work ethic. It is also a huge indication of the quality of coaching at the Chiefs and in particular Coach Chris Barcless. Chris is one of the best hockey coaches in the country,” said Chiefs General Manager Rob Broderick.

The Mercer Chiefs family has grown exponentially this year with the addition of the Maryland Black Bears of the NAHL and the Youngstown Phantoms of the USHL. New and exciting things are just getting started and we are very excited to continue growing and expanding our programs here at Ice Land including the addition of Princeton Youth and their Tier 2 program!

As always, thank you for your continued support of Ice Land, the Mercer Chiefs and now, the Princeton Youth Tigers!

Ross said, “I owe a lot to the Chiefs organization and especially to Coach Barcless. I would not be where I am today without them.”

The Mercer Chiefs family and Ice Land congratulate Ross for signing to play for the Tampa Bay organization and we couldn’t be prouder! We can't wait to see him on the ice! 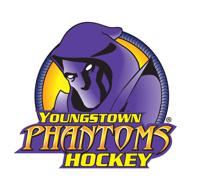 Congratulations to Coby and Chip drafted

A big congratulations to Coby Auslander and Chip Hamlett for being drafted by the Boston Bandits. Coby and Chip are both on the U18AAA Premier team for the 2018 season for the Chiefs. "Two terrific players, the Bandits picked two gamers. Coby was taken first overall in the draft. "He is a smart, talented forward and Chip is a solid two way defenseman. They are both solid on both sides of the puck," said Mercer Chiefs U18 Coach and GM Rob Broderick. Congrats Coby and Chip! 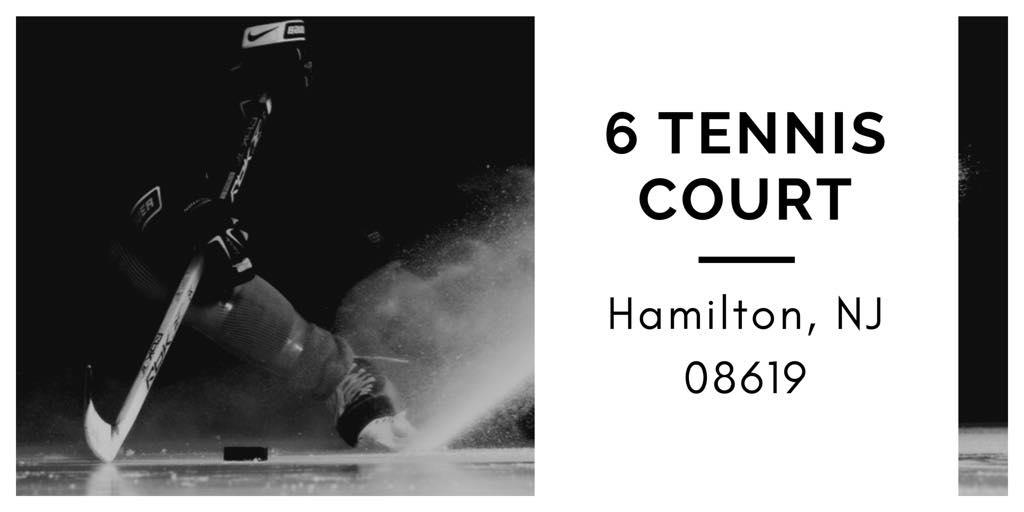 The Mercer Chiefs U18 Premier team officially finished in 2nd place in the AYHL U18 division, behind only the North Jersey Avalanche in the top U18 league. The team finished first overall in the ECEL 18 Premier Division!

Summer Hockey Camp with Coach Barcless! Click the photo for more information and to register and secure your space!

Congratulations to Aidan McDowell for being drafted by the Maryland Black Bears in the NAHL Draft! We can't wait to see you play in the NAHL! 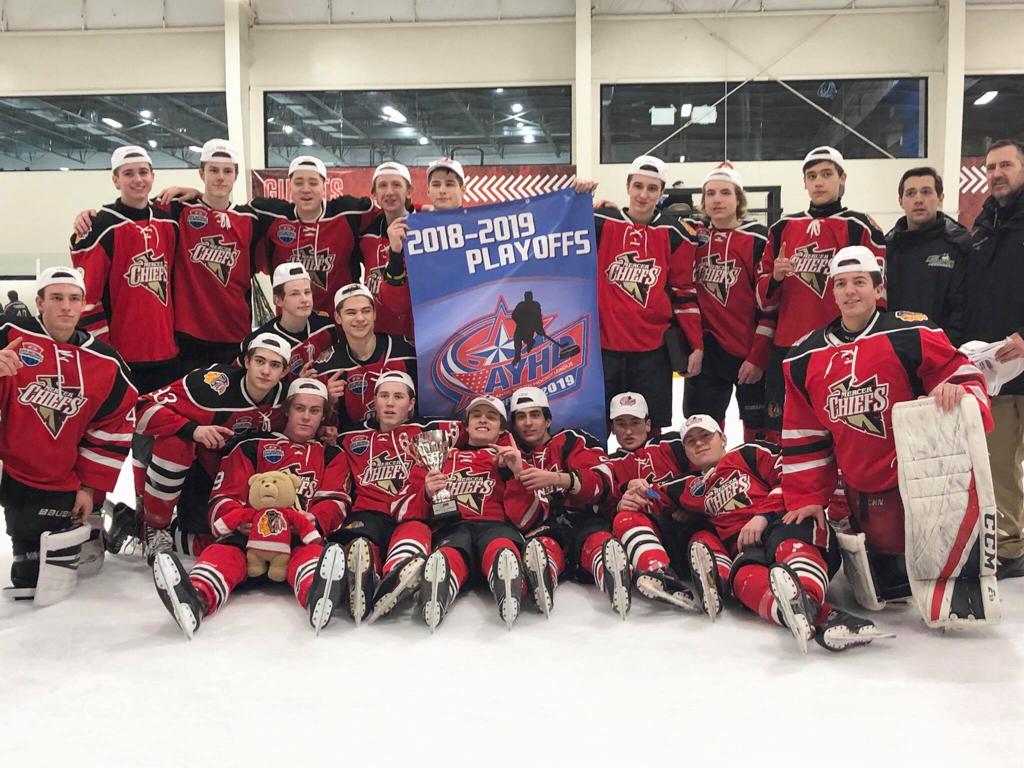 Congratulations to the 2018/19 U16 AYHL Champions, under the direction of Coach Barcless! 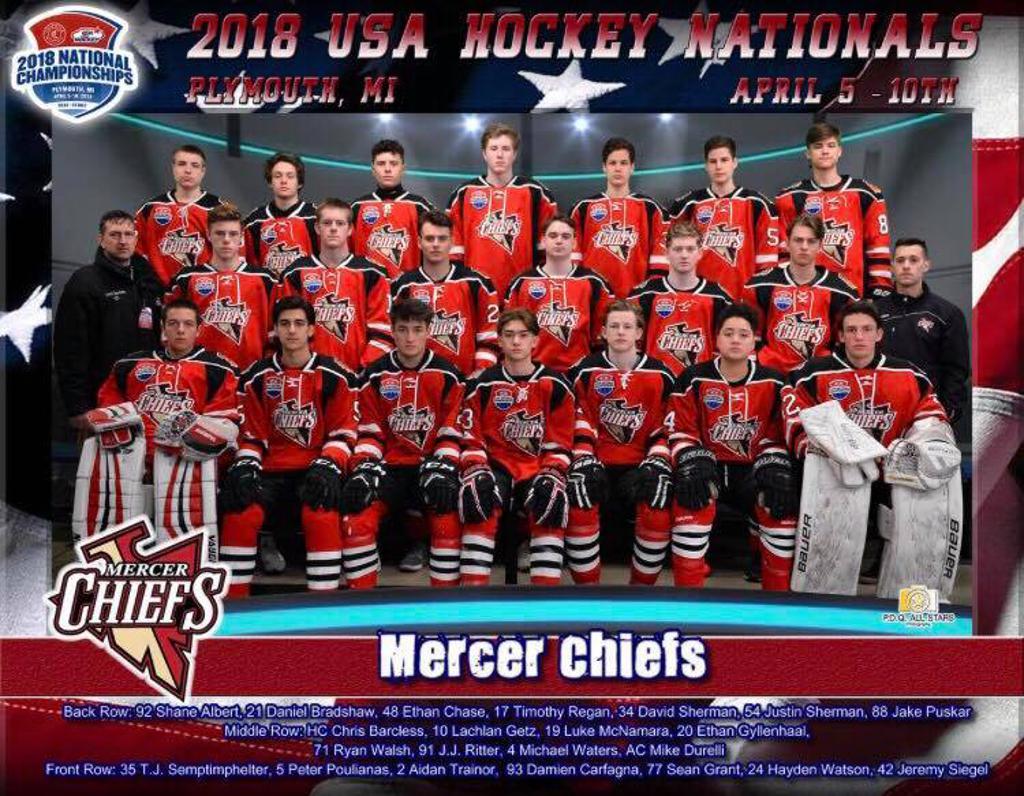 Want to be part of something great !!! https://t.co/fIHRg7k5lH

The Mercer Chiefs competitive hockey program offers a structured and disciplined venue for children up to the age of 18 to participate in a highly competitive travel hockey league. The program is selective in matching a child’s physical ability and skill level with the appropriate level of competition and developmental options. The Mercer Chiefs Tier 1 AAA teams offer the highest level of competition both regionally and nationally and compete within the AYHL and at high-level tournaments throughout the country. Tier 1 hockey programs require a significant commitment from both the player and their parents or guardians with respect to practices, games, and tournaments and this commitment should be carefully considered before participating in the program. The rewards gained from this commitment are significant for all involved. The primary focus of the Mercer Chiefs program has been and will continue to be on the development, competitiveness, and enjoyment of the player participating in high level athletic competition.

Regular season begins in September and runs through March.